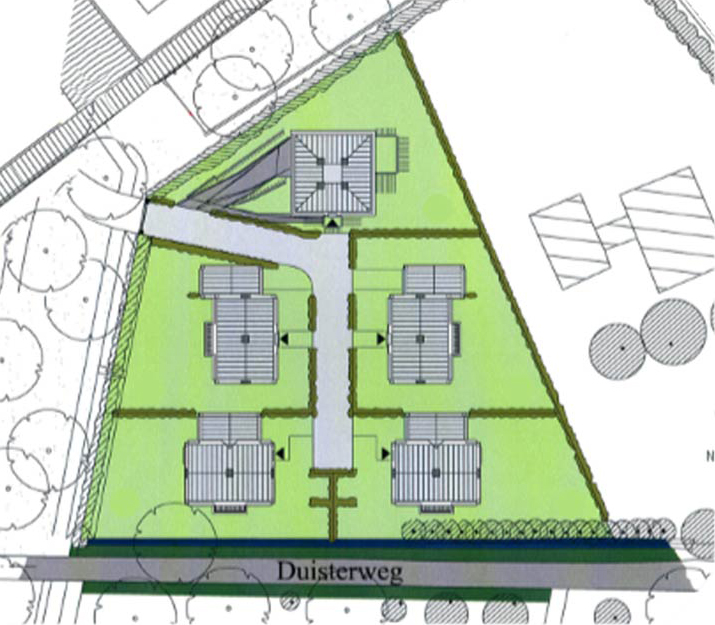 The Duisterweg is the historic ribbon through Vathorst, the expansion district with which Amersfoort has crossed the A1 motorway. The ribbon is characterized by an original development and vegetation reminiscent of the former extensive polder landscape.

The new development of Vathorst is a kaleidoscope of modern architectural styles on plots that are often too small. The same parcellation and development was possible at the location directly on the Duisterweg in terms of zoning plan. However, the choice was made for an urban design with five large plots and an architectural style that refers to historical buildings. To emphasize exclusivity, the houses are situated in a closed court with a symmetrical design; two houses orient themselves on the Duisterweg and on the central axis there is a “notary” house, somewhat raised by a basement with parking space, among other things.
The houses are designed in the classical symmetrical style of mansions with careful details without concessions. The choice of materials for the houses and the design of the public space are coordinated, which completes the image of the court.

Due to the careful integration and responsible architecture, the design received the urban supervision committee prize from the municipality of Amersfoort.

The project was fully supervised by Da Vinci Vastgoed, from design to construction preparation and construction management. 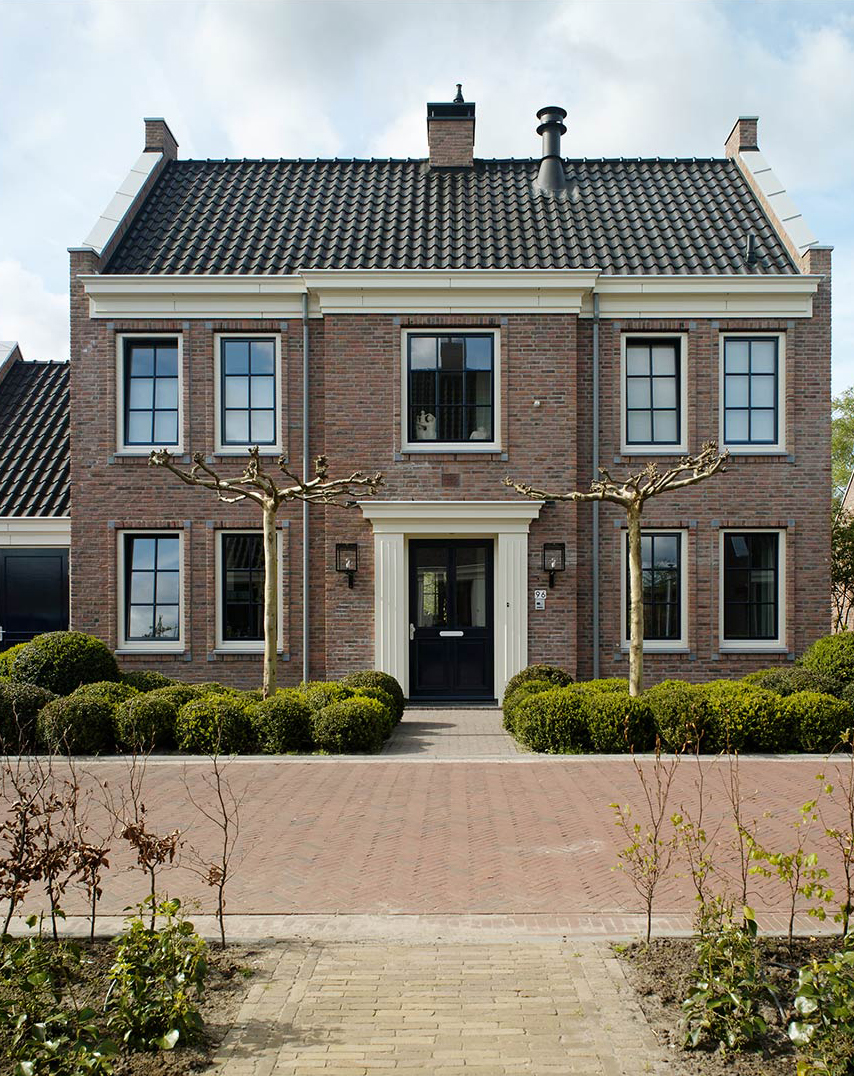 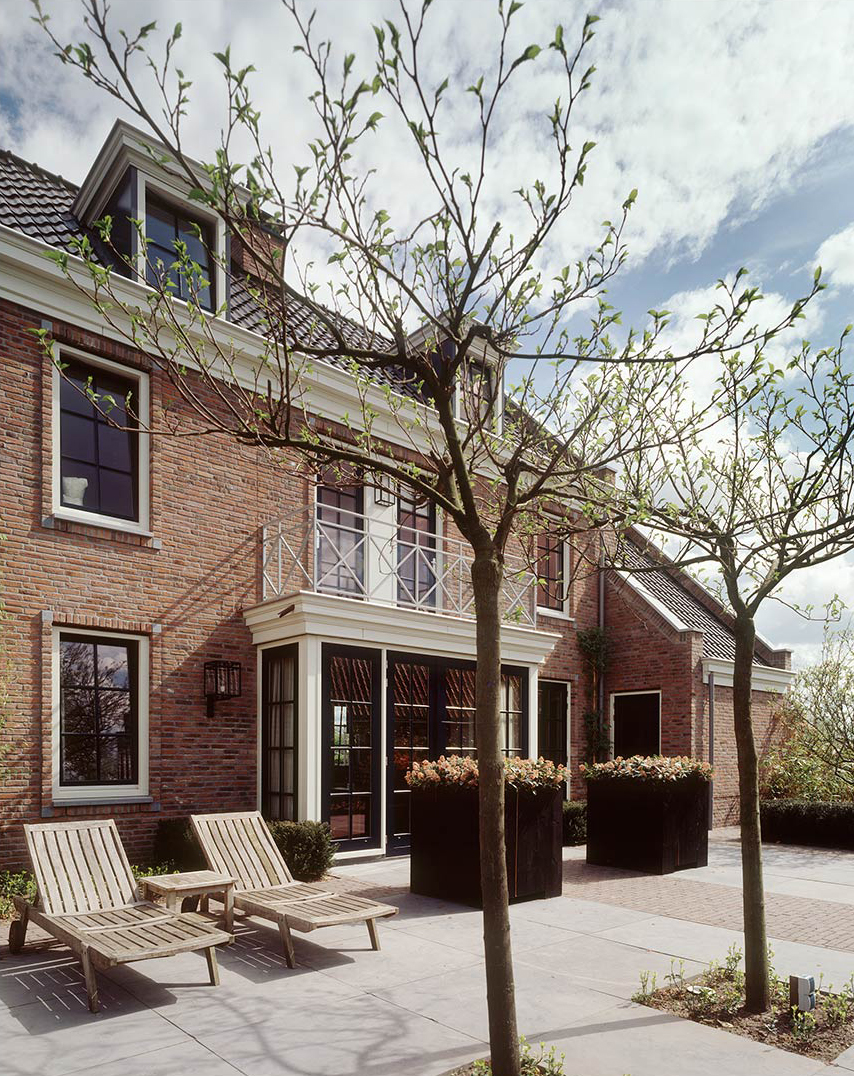