DEBIS IT Services is part of the Daimler-Benz group. The application of the “Cannstatter” natural stone in the facade at the front wing reflects the character of the concern: established, colorful and dynamic. This part of the building housing the management departments and meeting rooms is located alongside the A2 motorway where the company presents itself to the outside world with a wide opening in the curved façade.

The entrance is emphatically accentuated by the rotated end of the offices. Next to the entrance on the ground floor is the restaurant with an outside terrace on the south side, enclosed by both parts of the construction.

The office wing with the training facilities has a concrete façade designed with lines to soften the business-like character of the structure, a reference to the façade stucco of defining buildings in the historic center of Vianen.

The office building is part of a business park that has been developed in-house and of which the other buildings were also designed and realized by Da Vinci Vastgoed. 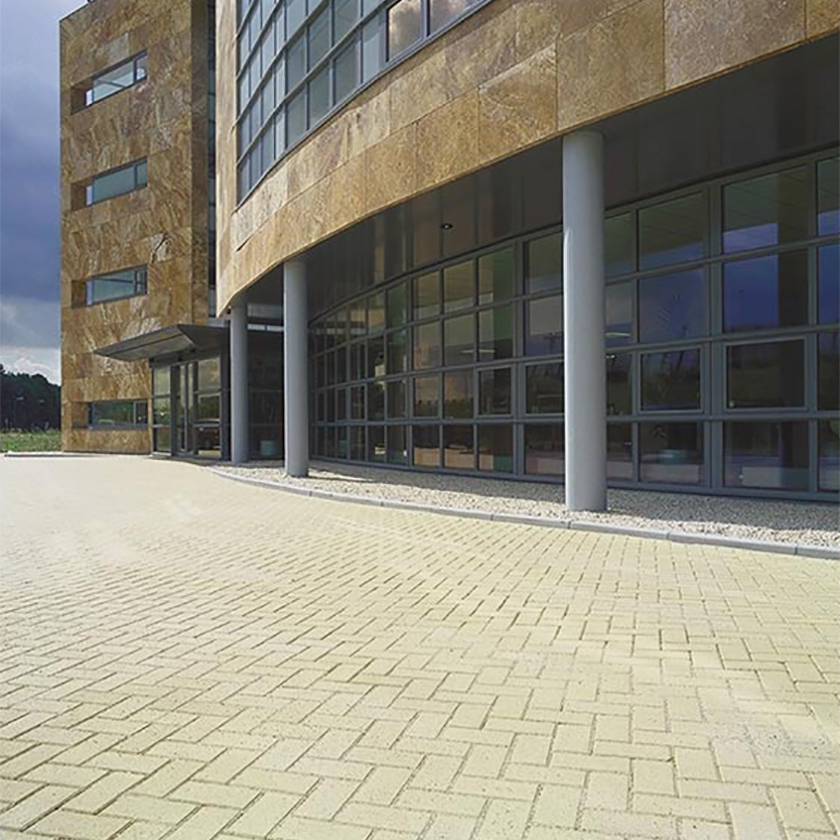 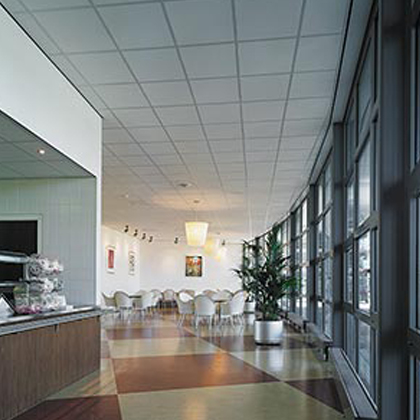 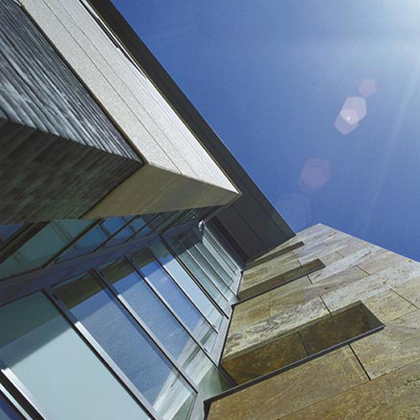 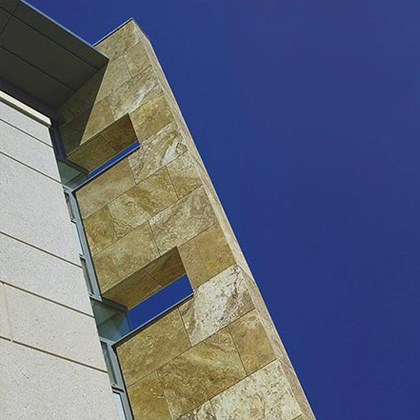 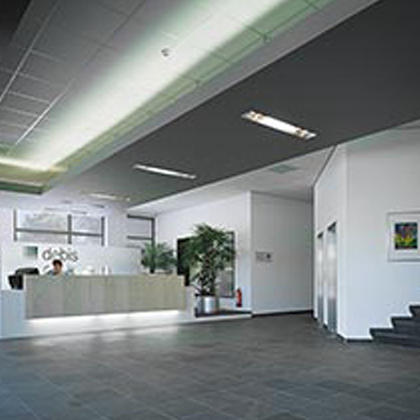 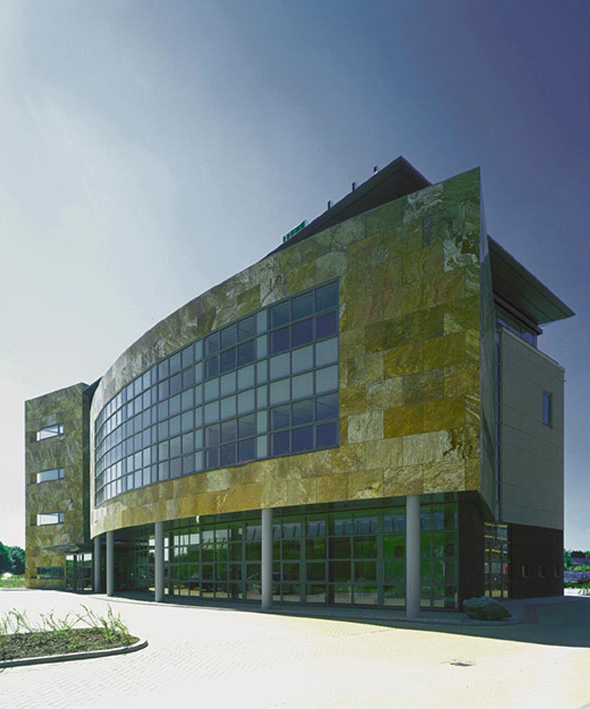 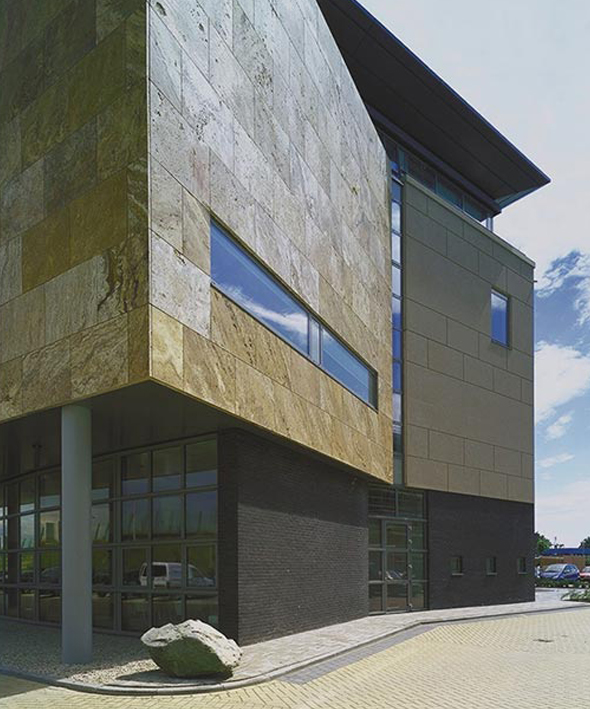 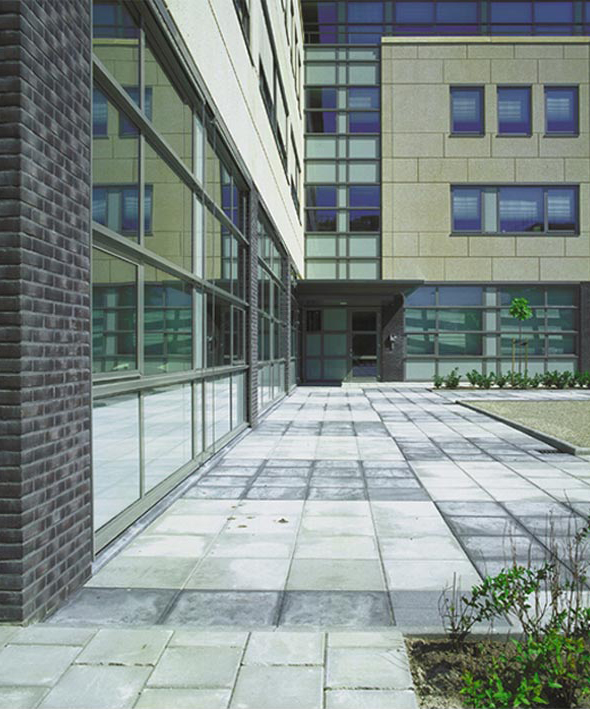