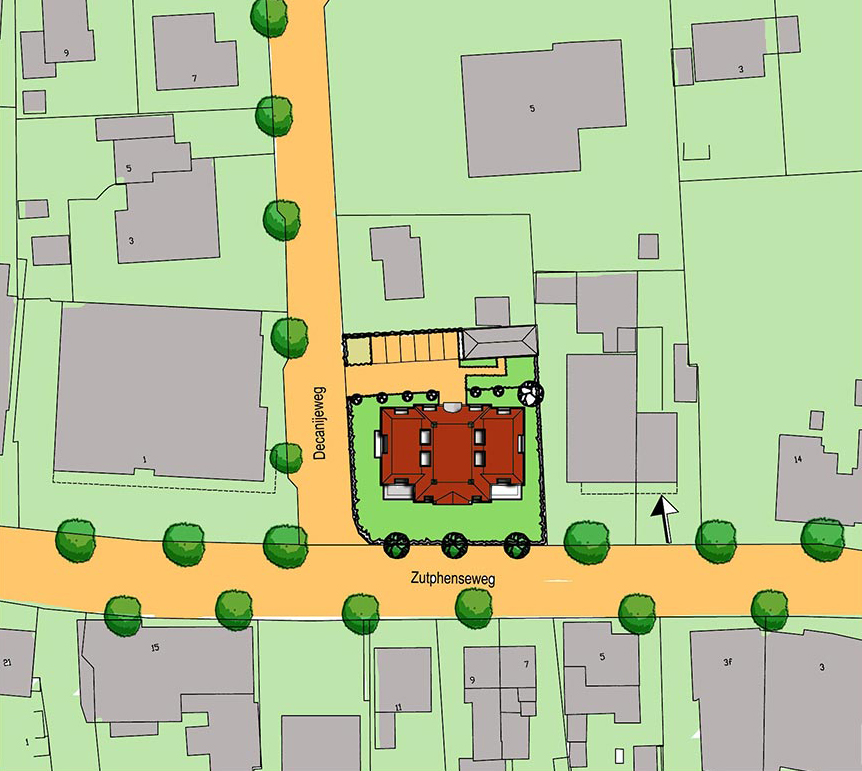 Vorden is located in a wooded area on the edge of the Achterhoek and is known for the numerous castles and manors. It lies in the beautiful scenery of the countryside. Close to the market on the main street of Vorden the former post office is located. This site has been redeveloped into a high-quality residential location with 6 apartments.

In terms of urban planning, a connection was sought with the structure and character of the immediate environment; this has led to a design of a manor that has a clearly recognizable spatial and architectonic relationship with the historic core of Vorden and with the countryside.
Without concessions to the characteristic architecture of the manor, 6 contemporary apartments were developed. The architecture refers to the period in which much of the original center development has been realized, so the building joins the image of the main street.
The image is reinforced by the materials selected, the meticulous detailing and the application of classical elements such as middle ridge with tympanum, cornices and verandas. This way the design fits in naturally with the scale and character of the environment.
The roof houses two apartments, two storeys high with a vide and a roof terrace hidden within the contour of the roof.
The storerooms are housed in the coach house at the entrance and are build in style of the manor.

In the elaboration of the building plan, a great deal of attention was paid to careful, sustainable materialization and detailing at urban and architectural level.
This integration of the various disciplines has resulted in a high-quality design that meets the requirements for modern, “urban” living whilst containing the link to the historic character of the center of Vorden and the countryside.
Due to the careful integration into the center and the responsible architecture, the manor has been nominated by the “Gelders Genootschap”, the building committee of the province of Gelderland.

The manor was fully developed and realized in-house by Da Vinci Vastgoed, from acquisition and plan development to design, construction preparation and construction management. 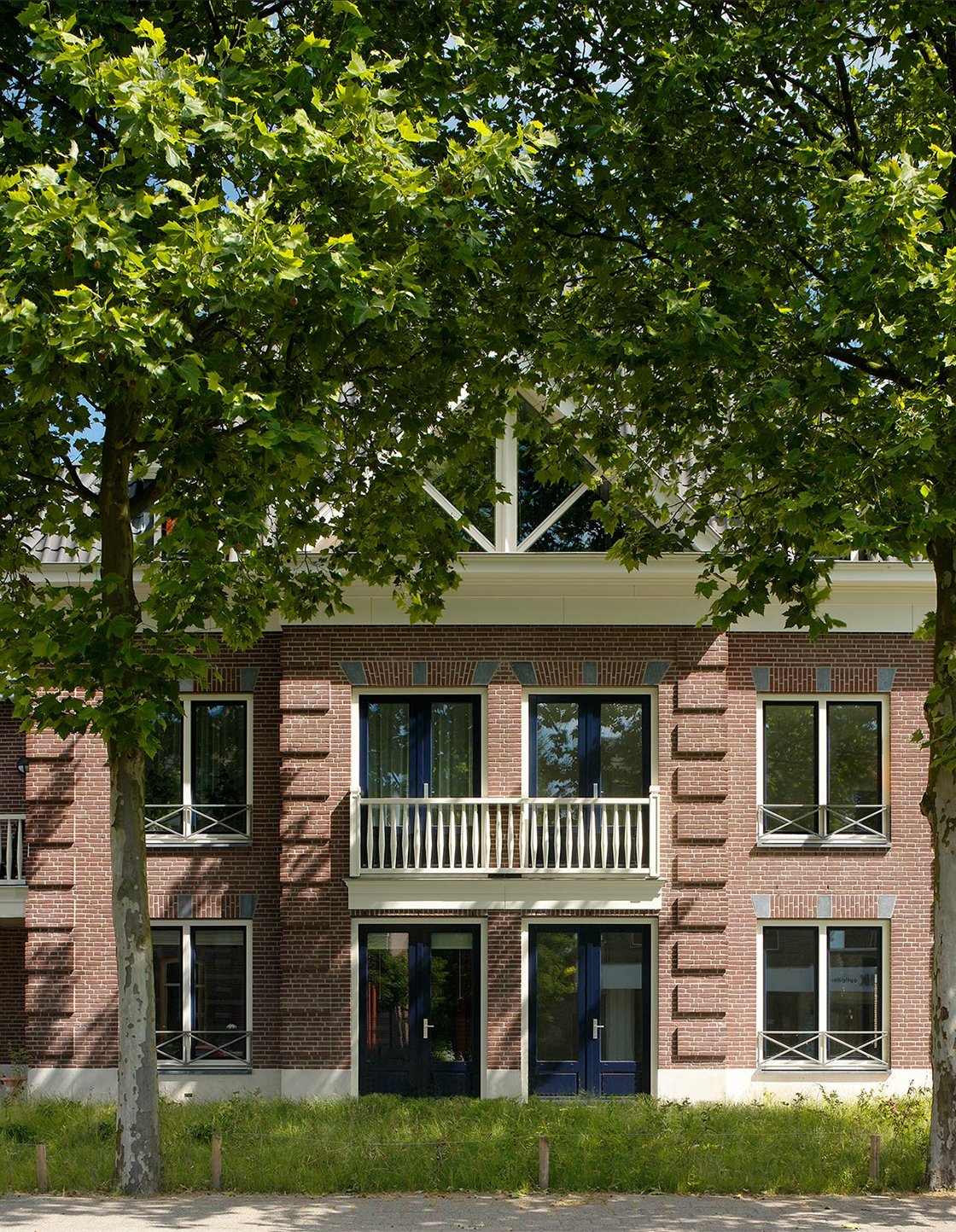 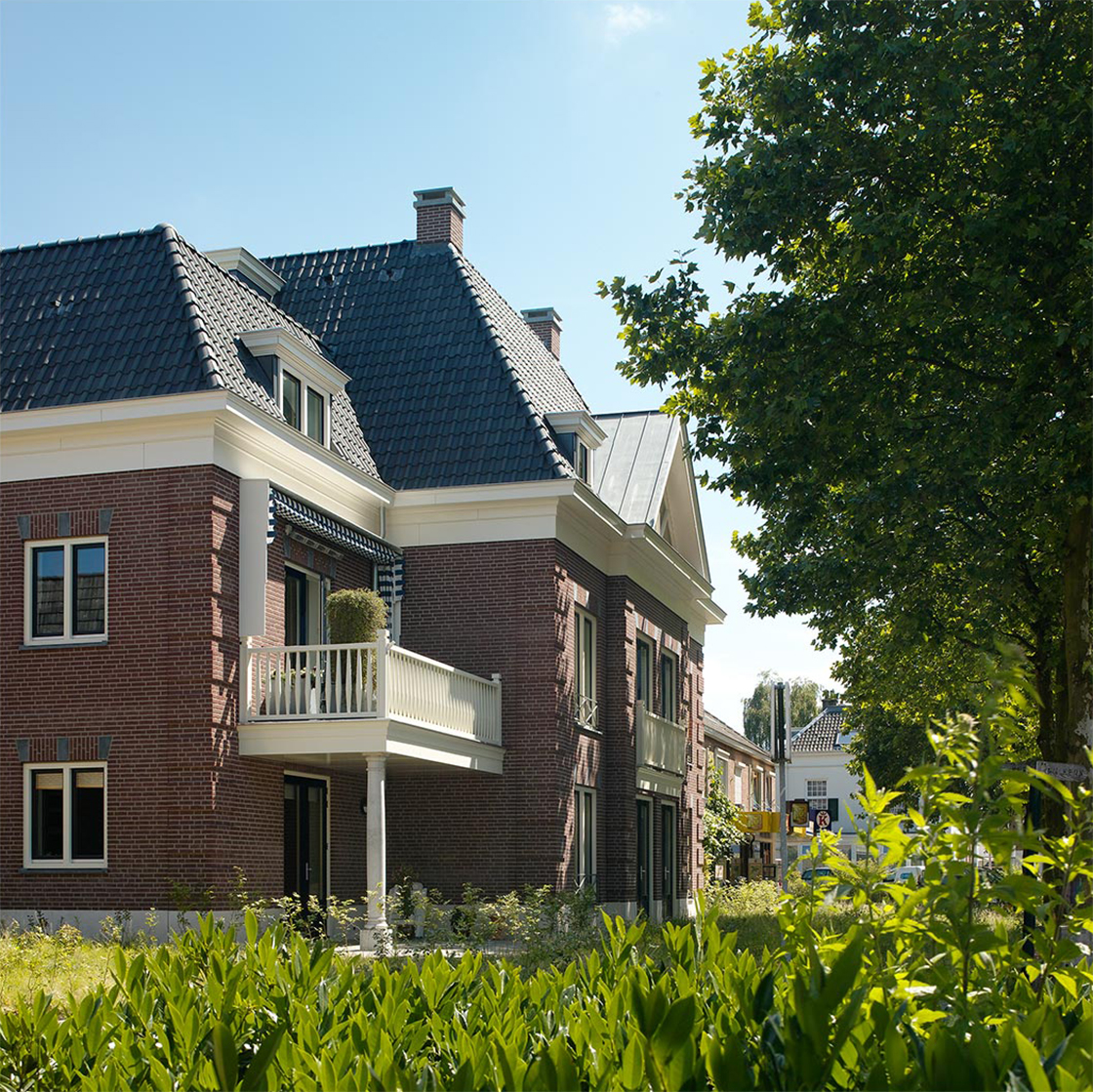 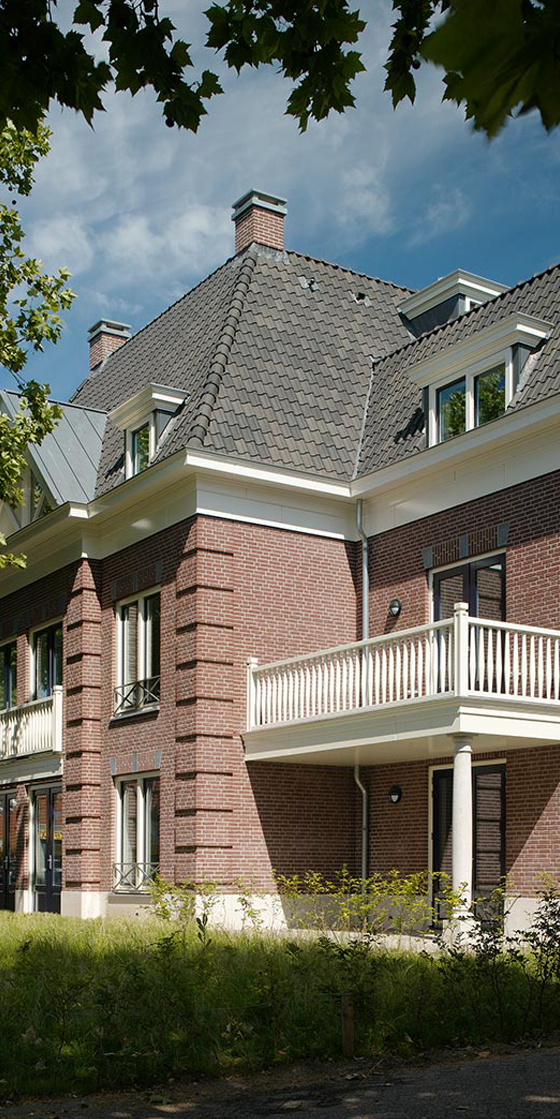 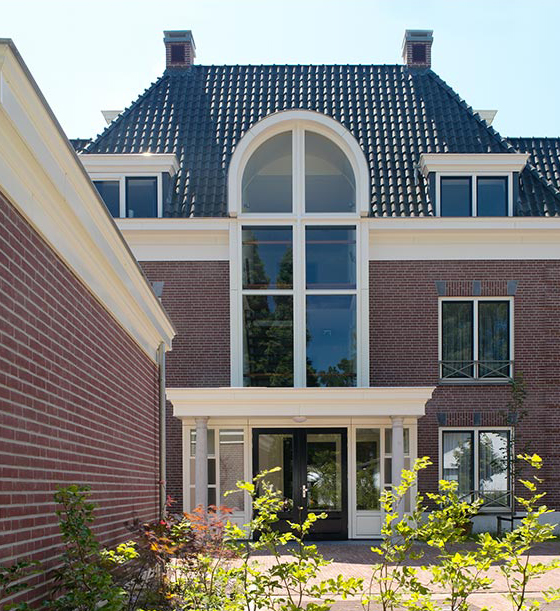 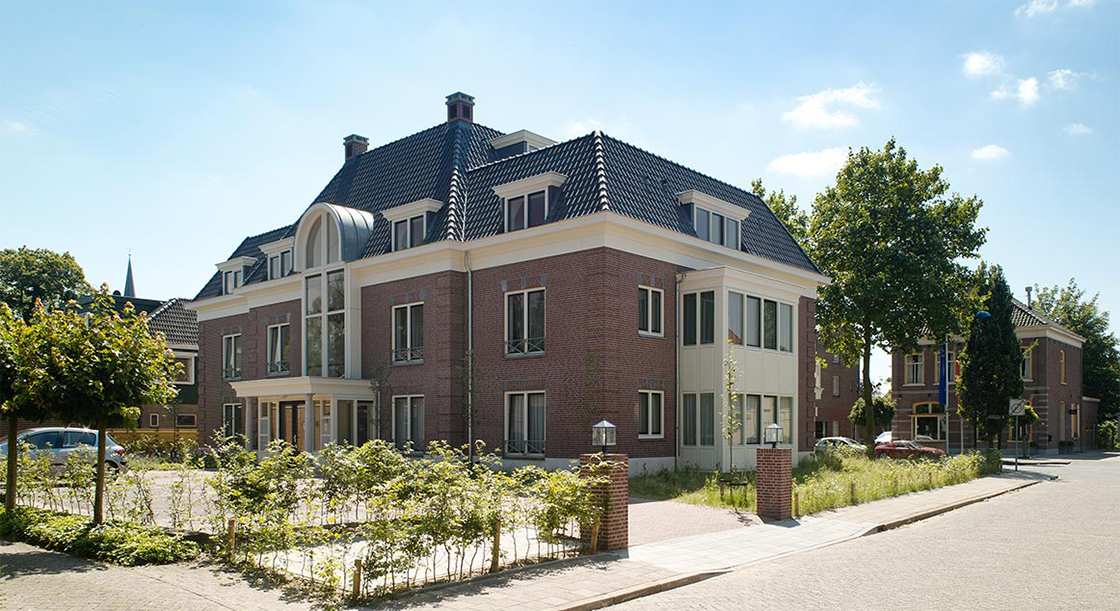