Where the A2 motorway crosses the Merwede canal, two office buildings have been realised alongside the water side. Because there is an open area along the canal banks, urban development has opted to slightly twist the buildings in relation to the banks, thereby securing their position; in addition, both buildings have staggered center, which further enhances the individuality of the buildings’ sections.
In order to emphasise the sovereignty of the buildings as a whole, a choice was made for unity of materials. Because both buildings are identical, the name Romus and Remulus, the twins who according tot the myth have founded Rome, was picked.

In the design red ceramics were chosen because of the association with the water and the clay from which they are made. Moreover, this creates a link with the monumental inner city of Vianen that is characterised by red bricks.
In this case modern light ceramic façade elements are chosen because have no constructive function for the building.
The ground floor is made of glass so that the higher floors seem to float alongside the water.
The buildings are located at the foot of the Biezenbrug embankment. In order to provide a counterbalance to the height of the bridge, an extra “penthouse” office floor was designed with pronounced edges. The penthouse offices are also made of glass and offer beautiful view of the surroundings.
The entrances are located at the staggered center of the buildings and are accentuated by an extra high roof structure for the installations.
The office building is part of a business park that was developed in-house and of which the other buildings were also designed and realised by Da Vinci Vastgoed. 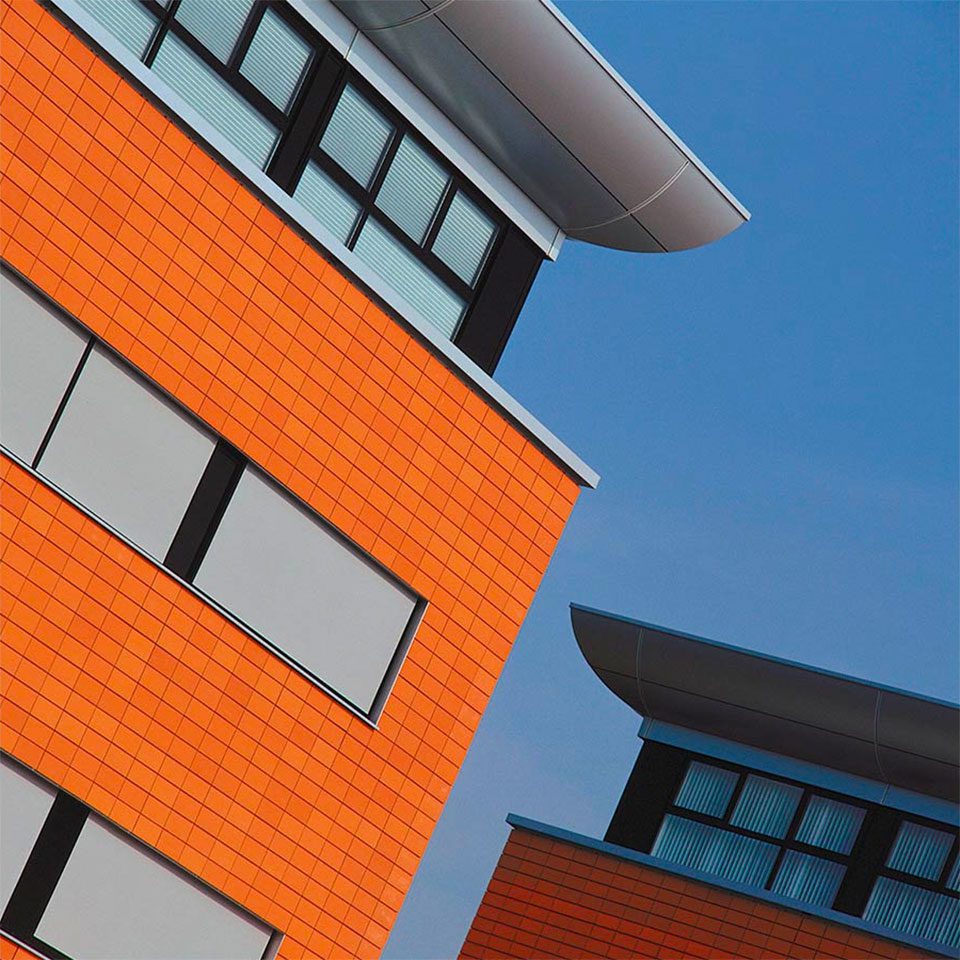 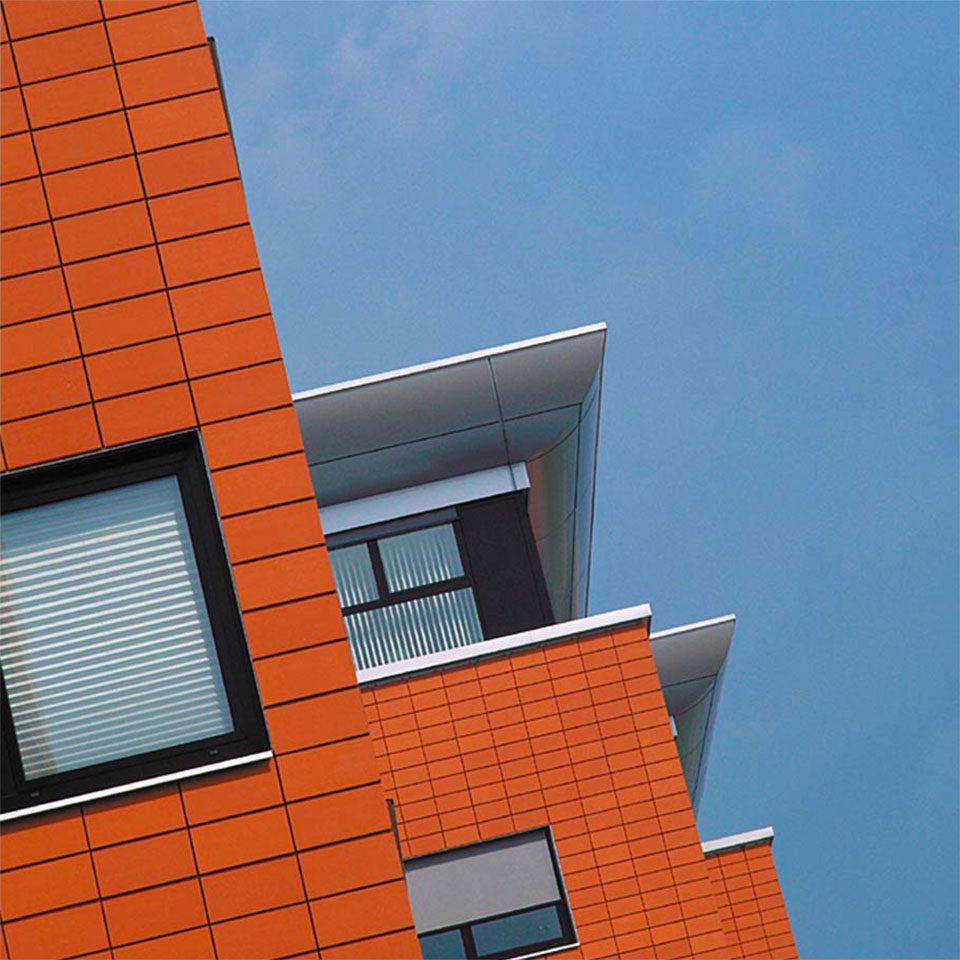 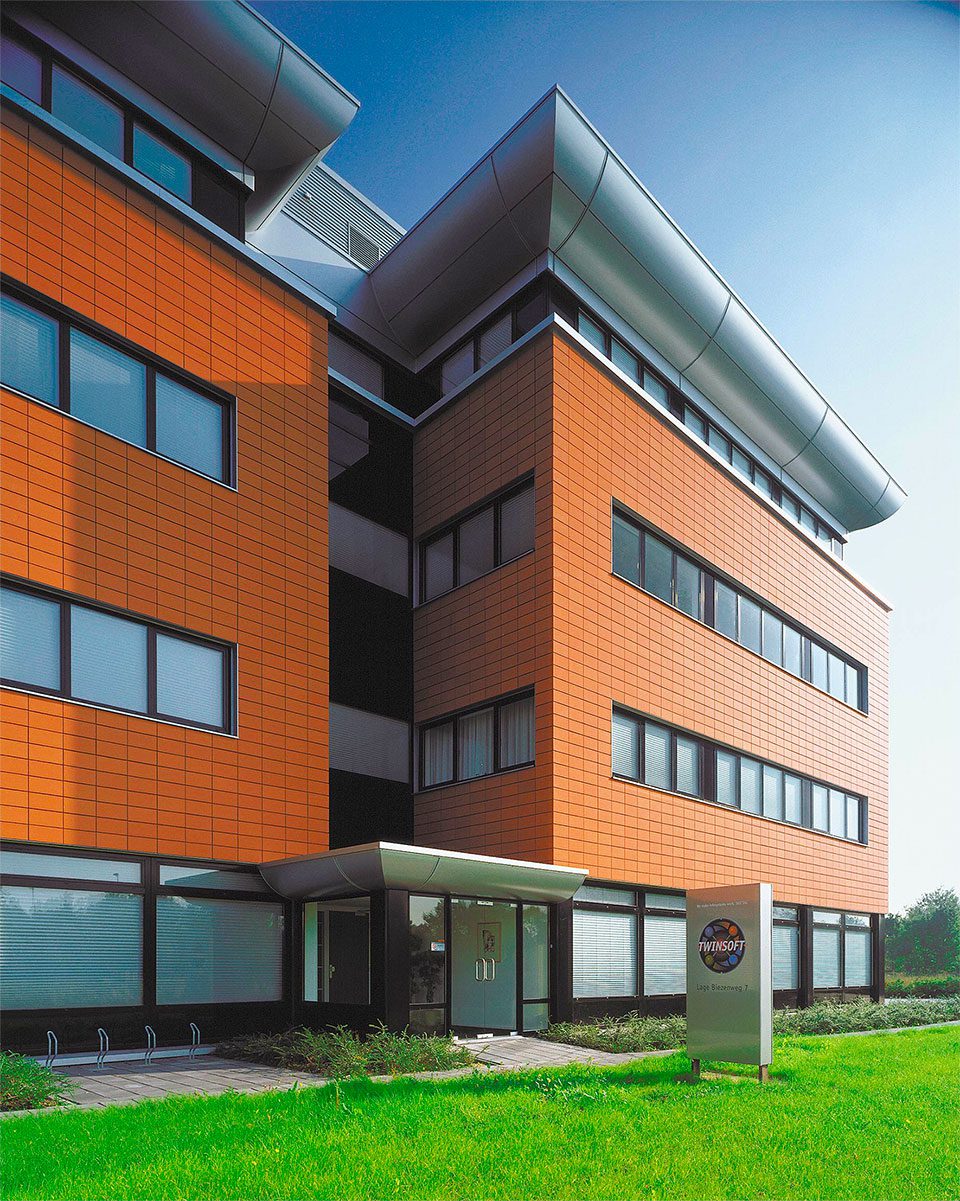 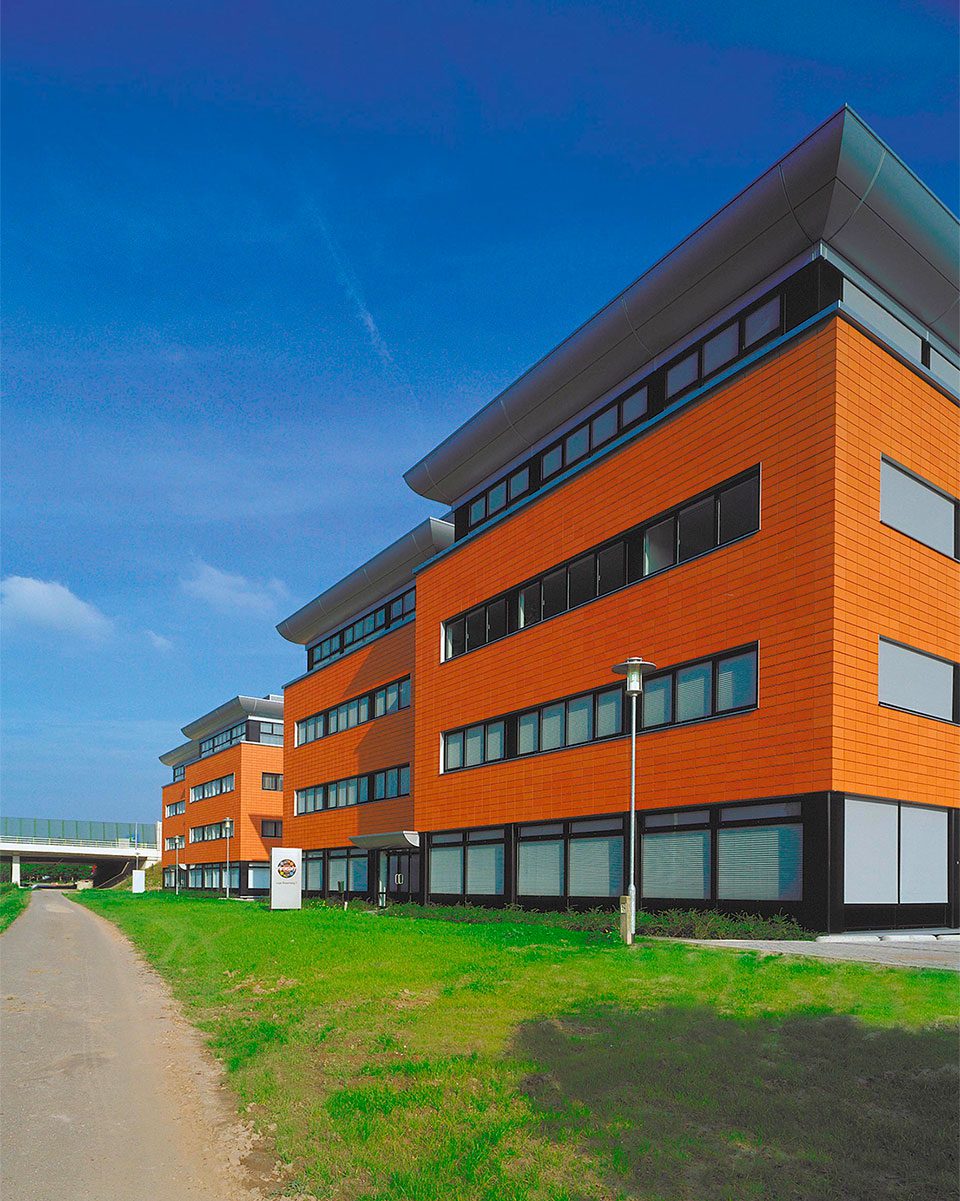