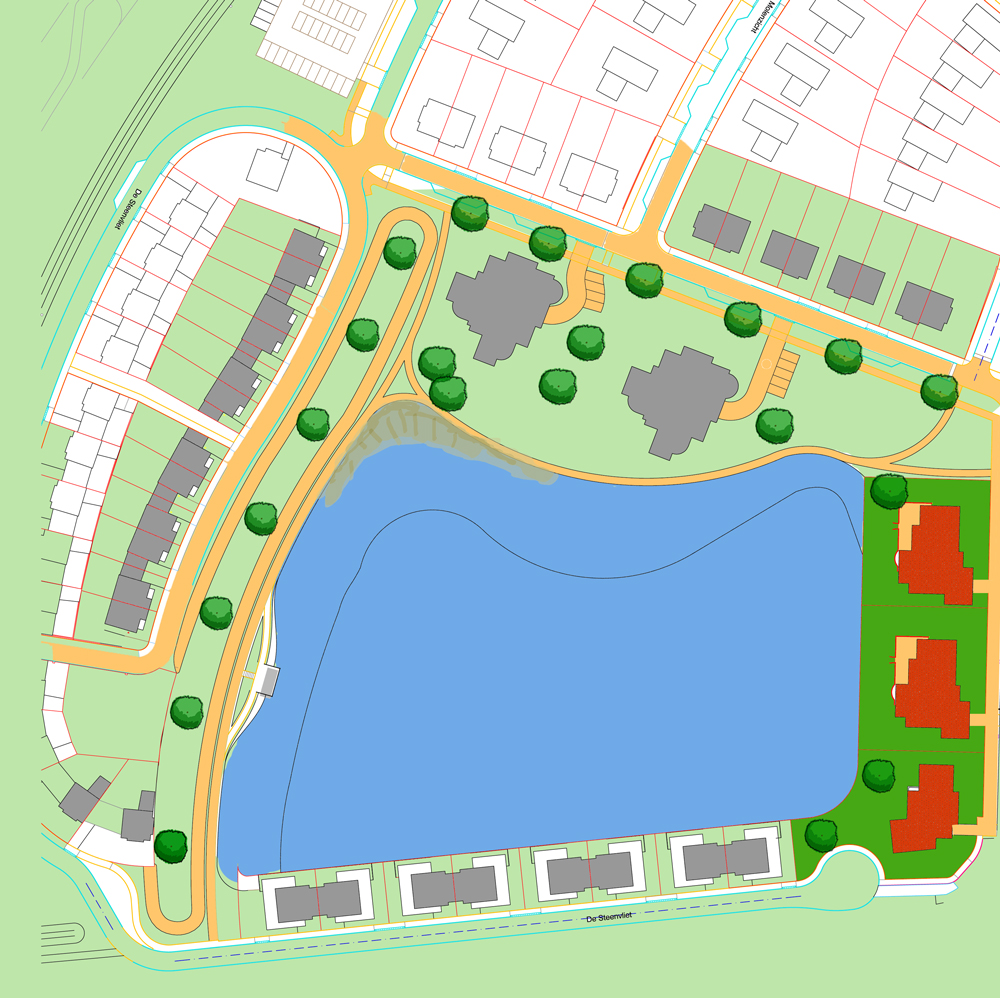 The location is situated in a park-like setting on the former beach named De Steenvliet in Geldermalsen. Nearby is the Bouwing, a white-plastered flour mill from 1848 that is still in operation.

The 3 villas are part of the urban development called the Steenvliet residential area.
Da Vinci Vastgoed has designed and build several projects in this neighbourhood, the architecture of which has been made in tune to create a coherent picture
Given the openness of the location situated in the field and on the water, the design was set out to create a calming vibe with horizontal lines, inspired by the villa architecture of Frank Lloyd Wright.
The villas are raised slightly against the slope of the bank; together with the white facing brick, the large balconies and terraces, a friendly architectural image is created that matches the park-like environment.
This image is reinforced by the careful detailing and application of elements such as the horizontal natural stone strips in the façade brickwork, the slightly sloping hipped roofs on different levels with accentuated chimneys and large overhangs. This gives the villas a striking features and contributes to the relaxed architectural picture.

In the elaboration of the construction plan, a great deal of attention has been paid to careful, sustainable materialization and detailing at urban, architectural and landscape level.
This integration of the various disciplines has resulted in a high-quality design that meets the requirements for modern living and the villas are naturally integrated into the scale and character of the environment. 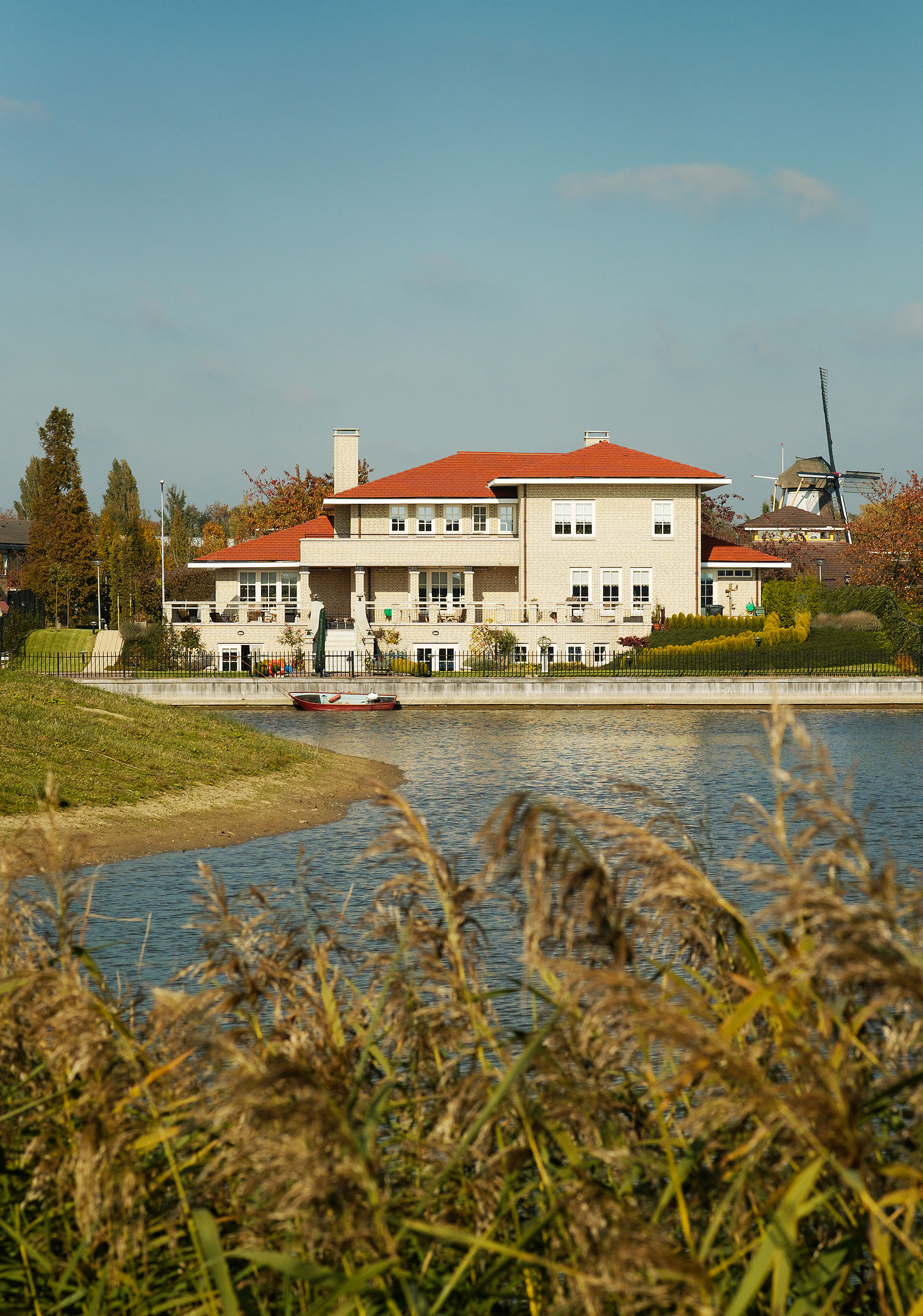 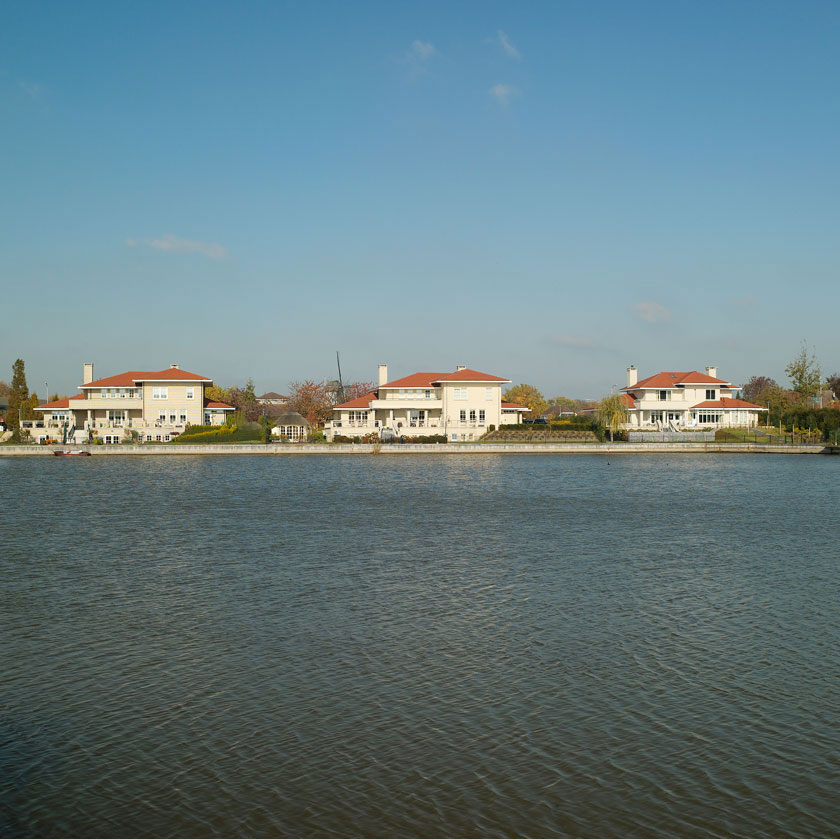 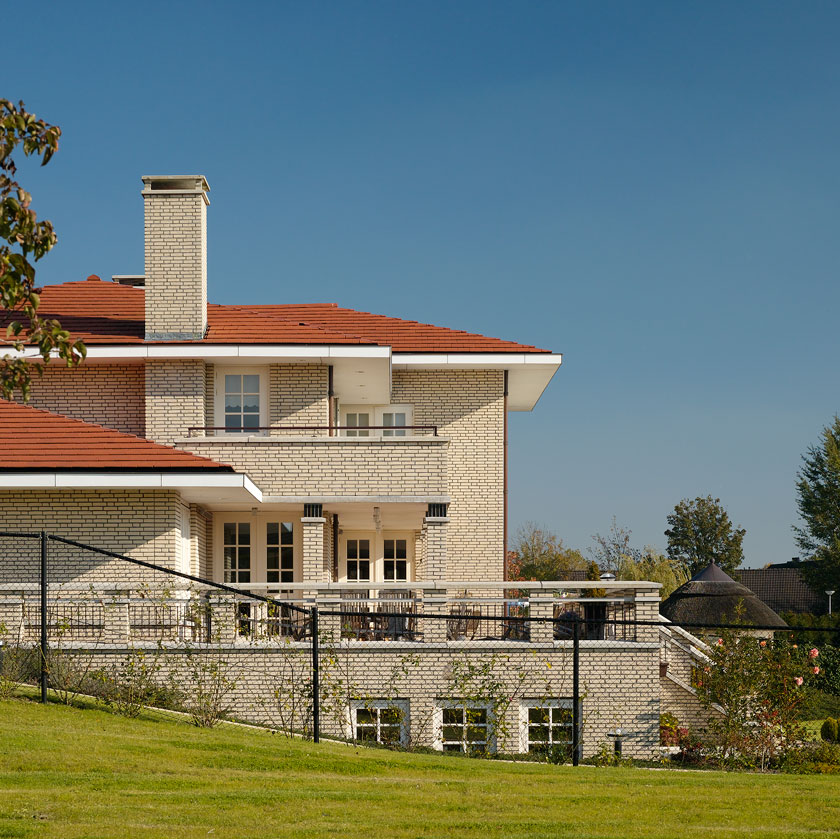 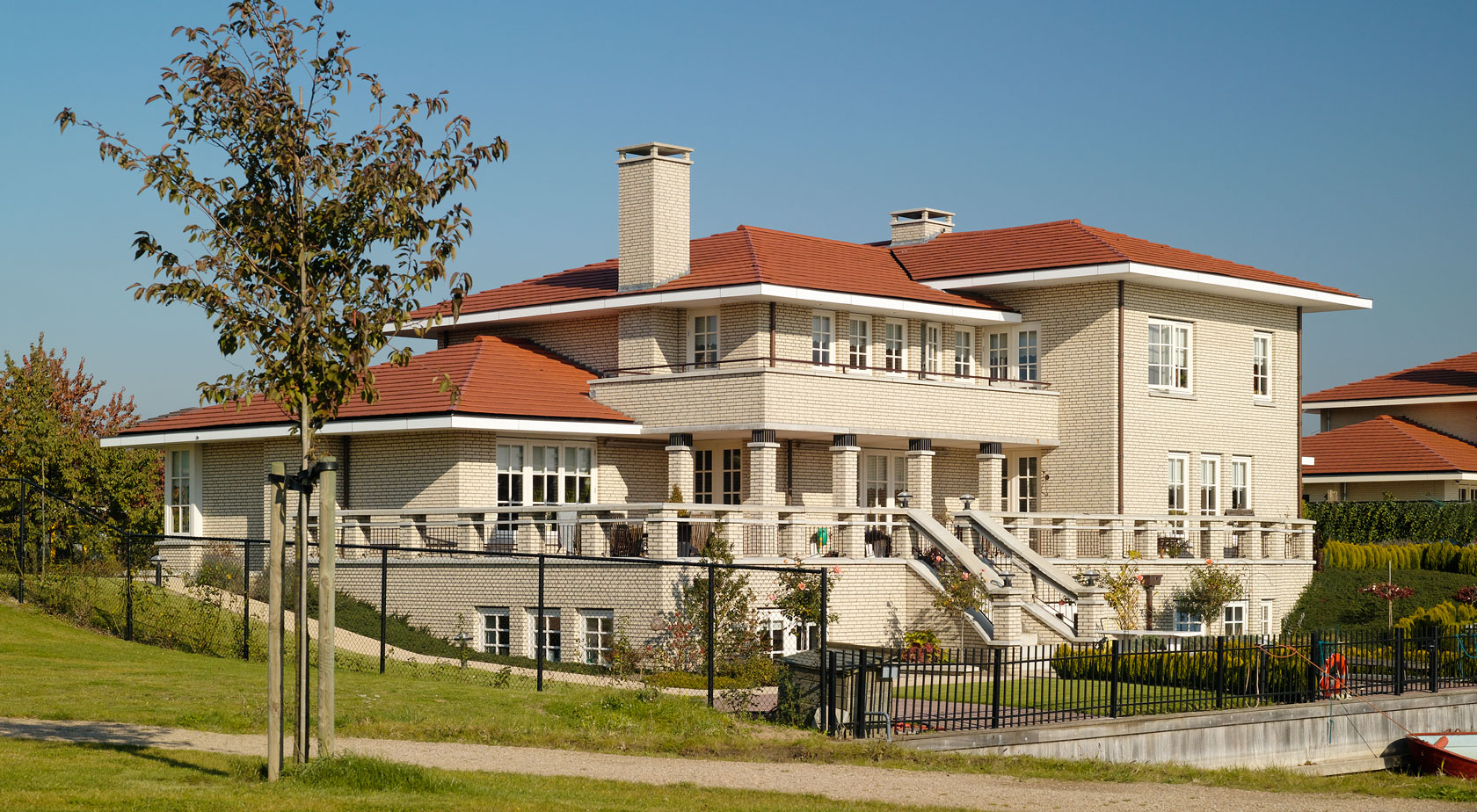